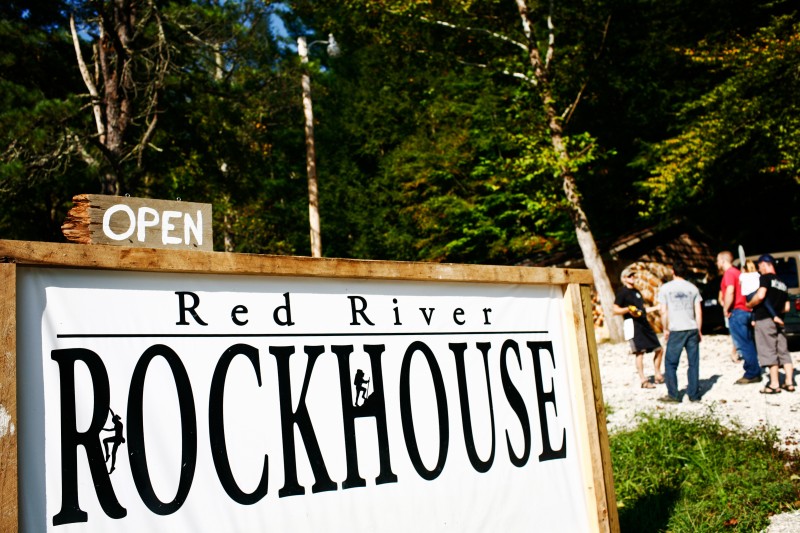 {I am wildly excited to announce our newest contributor here at Sustainable Kentucky. Rachael Brugger is a resident of Lexington, a board member at Faith Feeds, Senior Web Editor for Hobby Farms, and Contributor to Urban Farm. Oh, and in her spare time she is a flautist with the March Madness Marching Band. You can check out my interview with Rachael to learn more about her, but first, read her post about the Red River Rockhouse!}

Nestled among the Hemlock trees and sandstone rocks of the Red River Gorge in east-central Kentucky, sits a little stone house known for years to the locals as the Rockhouse. I’ve passed this little building many times on my frequent trips to the Gorge for weekend hikes and have barely given it a second thought, but fortunately it caught the eye Aaron Brouwer. He was drawn to it while visiting Kentucky’s rock-climbing mecca from Chicago with his then girlfriend Tina Carter (they’re now married). “I decided to drive by while out grabbing coffee and checked it out,” he says. “I saw it as a café.” 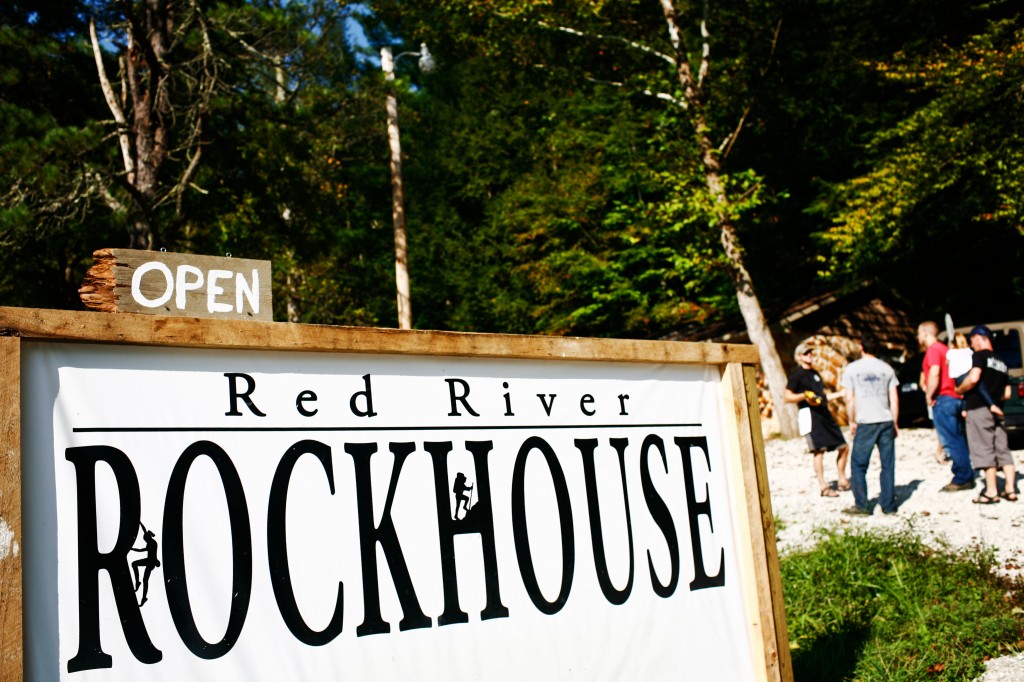 Other than having worked in restaurants at various stages in his life, Aaron had no experience in running his own eatery. A photographer and self-proclaimed “climbing bum” he quickly turned over his curiosity of the Rockhouse to destiny. Within a matter of hours, Aaron convinced Tina he could make his vision a reality, swiped his credit card and was on his way to creating the Red River Gorge’s only sustainable-dining restaurant. “I know how fateful everything was,” he says. “It’s like I couldn’t say no.”

On Sept. 22, 2011, it happened. The eclectic American café, aptly named the Red River Rockhouse, opened its doors to the public, serving up everything from breakfast to burgers, burritos and BLTs made from local meats, cheeses, and eggs, free of gross, unhealthy GMOs and hydrogenated oils.”I want to serve things that I would eat,” Aaron says. “The burgers are made from such good beef with such good fats—you can run out the door and go climbing on it. It doesn’t weigh you down like a typical burger.” 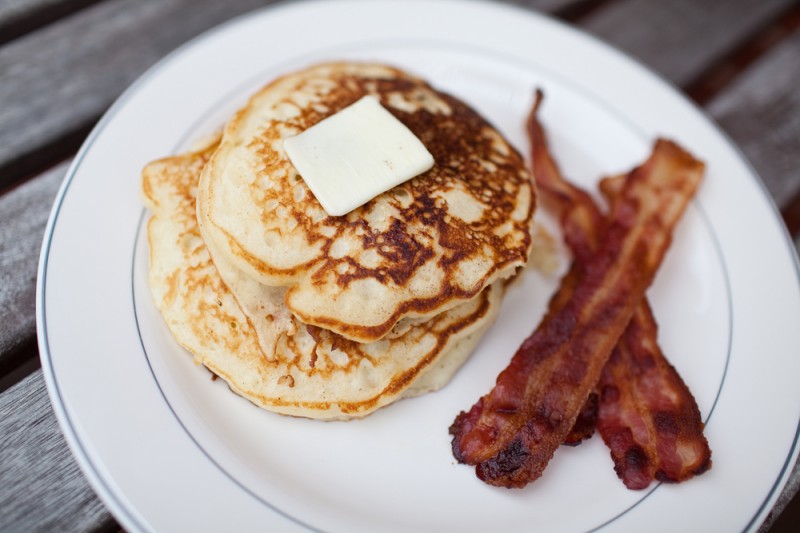 While not unusual to the hip foodie crowds of Kentucky’s larger cities, the idea of “local food” is somewhat of a foreign concept to the locals of Slade, the seat of the Red River Gorge. “When locals ask why it’s so expensive, I tell them,” Aaron says, and they usually get it. “The average person likes the idea of supporting someone, not some big business.”

However, a commitment to “eating local” in the Red River Gorge is not convenient or cheap. Because of this, Aaron transports all the local food himself in his small 2004 Honda Civic hatchback and makes weekly visits to local farms, like Bluegrass Creamery, Brookview Beef and Wholesome Living Farms, in the greater-Lexington area. 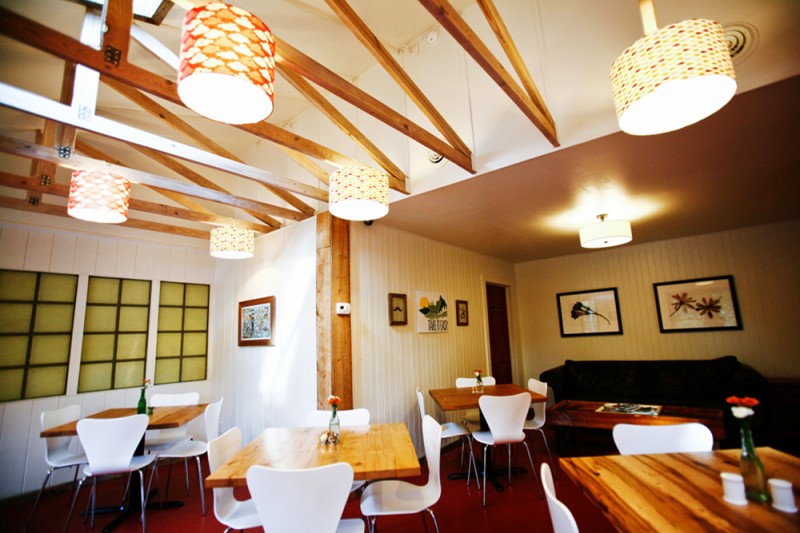 “Douglas [the farmer at Brookview Beef] laughs because we’ve fit 300 pounds of beef in my car!” Aaron says. While he’s tried to source meat closer to the 40380 ZIP where Rockhouse is situated, Aaron will only purchase protein products that are proven antibiotic-, steroid- and hormone-free and raised in a healthful manner.

Trading in his 200-plus-days-a-year climbing schedule for one that will allow him only a couple days on the rocks each month is hard. “I don’t want to think about it,” he laughs, when I ask him how often he’s on the road each week. But to him the hard work is worth it, a trade-off for all the time he’s spent touring some of the country’s most beautiful rock walls.

As an extra benefit, the farmers he works with on a weekly basis have become close friends.

“Being a farmer is really hard,” he says. “Alfalfa was growing really slow this year because of drought. Then we got rain and it jumped up. But then it frosted and now the cattle can’t graze it because it will cause them to bloat. They will have something to eat, but it won’t be as nutritious. I watch the weather now thinking about my farmers!”

With one year under his belt, Aaron has many plans in the works for the Rockhouse. One of his goals includes playing chef on the weekends, where he would cook the specials like he would in his home kitchen. And, of course, he’ll continue evangelizing to the people who walk through the café doors: “The best thing about the Rockhouse is the people I meet—the hiker and climber community—and getting to see them when they’re out enjoying nature … on their best day.”

Sweet Ending:
Aaron and Tina were married at the Rockhouse this past fall. Because they wanted their family of workers to enjoy the day, they forwent Rockhouse fare and opted instead for a potluck-style meal. We wish the happy family all the best! Here’s a photo from the joyous day: