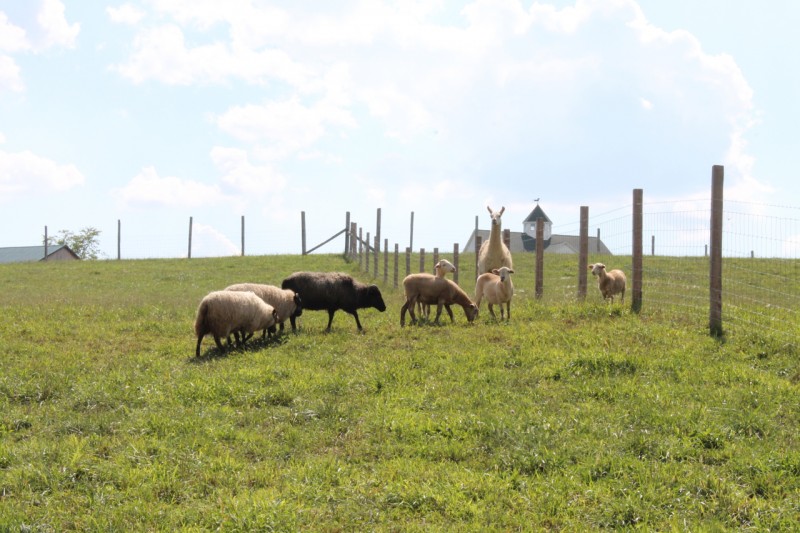 {This is the fourth farm in the Young Farmers interview series.}

The bi-vocational farmer is the rule rather than the exception. Nearly every farmer I feature on this site is working another career or multiple odd jobs to make ends meet on the farm. Many people find this disappointing—it shatters the romantic illusion of daily life on the farm. But I don’t always see it as a failure of the system. In many cases, it is merely a reflection of the drive to farm that is so deeply imbedded in the genetics of some of us that it cannot be overcome—even if our primary career choice and good old common sense should dictate otherwise.

Case in point: River Run Farm and Pottery in Springfield, Kentucky. I first heard about River Run after sampling some of their delicious eggs at my go-to breakfast joint, the Bluebird Cafe in Stanford. When I heard they were young farmers, I knew I had to interview them for the Young Farmers series on the blog.

After exchanging a few emails and making the trek to Springfield, I immediately fell in love with the farm at River Run. At only seventeen acres, Jonas and Julie Hurley have created a beautiful sustainable farm that is impeccably managed to operate within such exact confines. Goats, sheep, chickens, garden, turkeys, pigs, guineas, rabbits, and pottery. It’s a perfect oasis that runs along the Beech River. You really have to see it to believe it. It’s the first farm I’ve visited and let my kids trek along with me—they didn’t want to come home after a day at the farm! 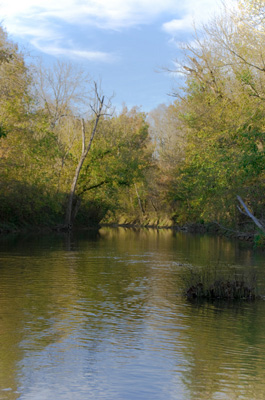 Quite a while into the interview, I learned that Jonas Hurley had a day job—but not one typical of small-scale sustainable farmers. He’s a family practice doctor who also works shifts in the emergency room to help pay for the new farm and all the infrastructure that it needs. He muttered doctor under his breath when I asked what he did—I get the impression that while being a physician pays the bills, this man is a farmer through and through. 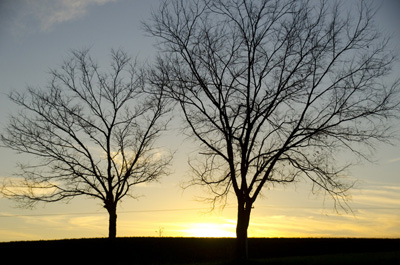 Having grown up on a farm, Dr. Hurley found family life in downtown Bardstown stifling. He and his wife Julie wanted to find land that they could work and raise their two sons, Walt and Henry. “It’s hard to find land, it’s hard to buy land. This place didn’t have the first fence post or apple tree when we bought it. The house was great and didn’t even need to be swept, but everything else is new since December 2010.”

It’s hard to imagine someone working full time as a doctor and also having time to farm. Jonas shrugged off my interrogation about this, insisting that the farm chores were easy once things got set up. Plus, the extra income from his day job enabled him to hire help with tasks like fencing and putting up  outbuildings that other farmers might be forced to do alone.

Julie, on the other hand, was a little more forthcoming about her husband’s drive to maintain the farm. “He’s spearheaded everything and I catch up behind him. I would have never instigated this much on my own but he really gets it done. It works for his personality. Especially for what he does it’s a good antidote. Most people would come home from work and want to take it easy, but Jonas goes right out to work the farm.” Like any good farmer, she’s humble about her own role on the farm, but she definitely pulls her weight, attending to many of the farm chores and doing the bulk of the gardening. Jonas is quick to highlight Julie’s support as the secret ingredient that keeps the farm running.

After less than two years of getting things set up, River Run Farm now supplies all of the protein for the Hurley family. They’re ready to move into the marketing of meat from their natural, pasture-raised animals. (Call them to stock up on some chicken for your freezer!) They hope to increase their egg production as well, expanding on their role as the Bluebird’s primary egg supplier.

Their meat birds are Freedom Rangers, a variety which comes from a Mennonite hatchery out of Pennsylvania. While they are a little slower to grow, Jonas insists that you can taste the difference from a typical commercial bird. “As far as meat birds, Cornish Crosses grow twice as fast but these guys taste better and they’ll forage for probably a third of their calories.”

While he hopes to move the several hundred chickens he raised this year, he realizes it is an uphill battle when most consumers only look for the lowest price rather than the highest quality when it comes to protein. “The trouble is around here, when you can get chicken for about sixty-nine cents a pound at Kroger, no one wants to pay for a pasture-raised chicken. The peeps cost me a dollar a bird, and Marksbury charges three and a quarter to process them. I’ve got $4.25 in a bird before I feed it, shelter it, or anything.”

Still, he’s crunched the numbers to know what he needs to raise for the farm to be self-sufficient. He’s optimistic that he can reach enough consumers via direct sales to support the farm, though for the foreseeable future he’ll keep working as both doctor and farmer to keep things viable.

The truth is that Jonas and Julie could have easily chosen to go the path of any young doctor family fresh out of med school: move into the big house in the suburbs and work on surmounting a crazy amount of student debt. It’s a testament to the farming life that this was the only choice they found acceptable: work the land to survive the day job. Farm not because you can’t do anything else, but because you won’t. 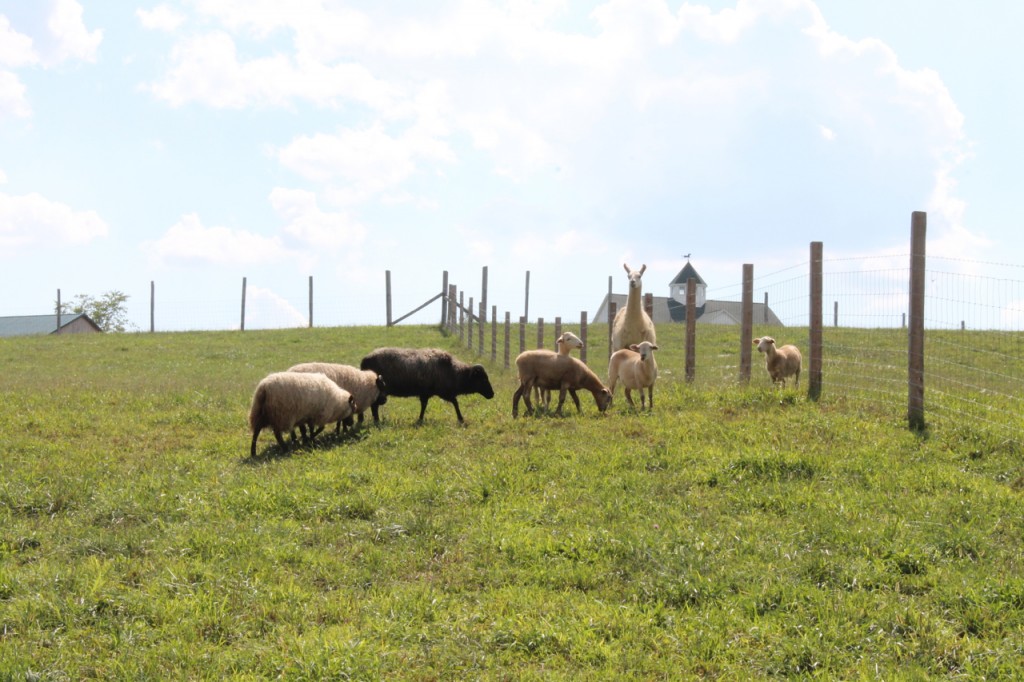 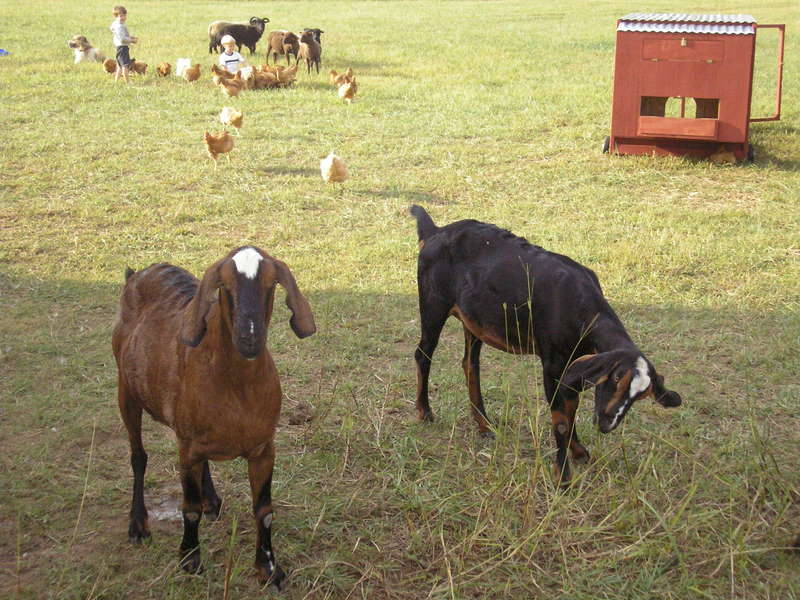 They know that they can make a difference, too, by choosing to farm sustainably. It’s healthier for our bodies and the environment, but there’s a farming legacy that must be upheld, too. Jonas chooses to raise his animals on pasture and avoid the use of chemicals and antibiotics not just to fit into some growing trend. It’s how his grandparents farmed before him, and their practices still make good common sense today. He remembers growing up on a farm just like this one, and he wants to recreate those same memories for his children today. 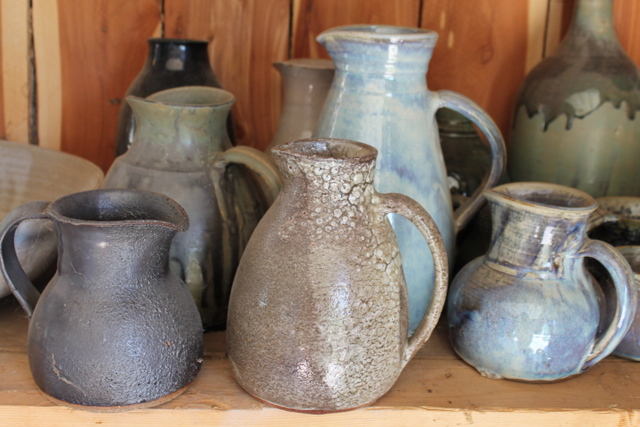 Keep an eye on this farm—Dr. Hurley (in his spare time, of course) is also an accomplished potter. You can find his pottery at the Bernheim Arboretum gift shop or at the studio on the farm which will be opened to the public soon. The Hurleys plan on hosting a farm day and pottery studio opening on December 8th at 3 pm.

Thanks to the Hurley family for inviting me onto their land and into their home. Not to mention feeding me a delicious dinner that I’m still pondering weeks later. (All thanks to Julie’s excellent cooking abilities with some amazing farm-fresh ingredients.) Oh, and if you get a chance to grab up some of their bacon, I highly recommend it!

{Some of the photos in this post are courtesy River Run Farm.}