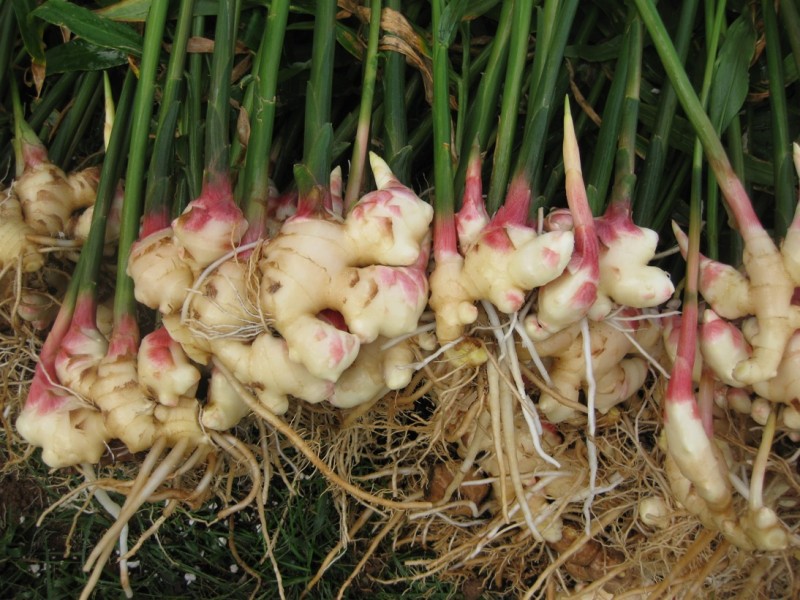 Paul and Alison Wiediger of Edmonson County are each of these things. They both started farming organically after reading Rachel Carson’s landmark work Silent Spring in 1974. Since that time, the Wiedigers have been at the front lines of unconventional farming in Kentucky, paving the way for the group of rising young farmers out working the soil today.

Mention them at any farm in Kentucky, and you’re likely to be met with a reverent nod. They’ve garnered the respect of their peers through hard work and innovation. These are people who were not afraid to think outside of the box. Early adopters of growing in hoop houses, they found themselves speaking and writing on the topic just to help others see that it really could be done. Personally, I’ve visited dozens of gardens in Kentucky, and never have I seen the things in the ground that I’ve seen at Au Naturel Farm . (Cotton, indigo, ginger, and turmeric… not your typical summer squash and hybrid tomatoes!)

As Paul told me, it’s the wild experiments that have kept farming new and fresh, “That’s what keeps it alive. Always pushing the envelope. We’ve seen what we can do, and sometimes we fail, though not very often.” Perhaps this is why they have outlasted many other farmers in a career path that has a notoriously high burnout rate. They have many tales to share about the early years of the organic movement in Kentucky, but only a handful of those farmers are still in the business. “Kentucky Organic Growers [a grower’s cooperate formed in the early ‘90s] was in business two years and out of the fifty odd farmers that were probably a part of it, there might be three still farming. Hardly any of them. And none of us are getting any younger,” said Alison.

The Wiedigers have stuck it out because of their passion for growing naturally—they don’t even like to use organic sprays—and nourishing their community. There’s the issue of income, too, which they don’t shy away from. Alison laments the fact that many farms seem unable or unwilling to track expenses and costs, wondering why they insist on selling their products at what is most certainly a loss. “It’s not sustainable if it’s not profitable. All the buzzwords about sustainability are all important, but it’s not sustainable if it’s not profitable.”

Though the issue of profit is one that is often debated. While it is to be expected for young farmers to have careers off-farm while things are getting off the ground, it is a surprise that even an established farm like Au Naturel requires supplemental income. Perhaps it doesn’t, says Alison, whose day job as a network administrator for the local school systems provides extra money and much-needed health insurance. “It depends on what you are willing to accept as the way you want to live. We have some friends that are somewhat younger than us who do it full time, but their standard of living is a lot different. That is a failing of our system, not the farmers. They don’t have insurance, so if something happens, they are screwed. If you get hurt or really sick and don’t have health insurance, you’ve had it in this country. It’s too bad, really.”

Paul echoes Alison’s sentiments. “We debate that. It definitely would have diminished our standard of living. I guess the really big thing is affordable insurance. Most sustainable farmers we know, if one of the partners aren’t working an off-farm job, they don’t have insurance. Especially when you consider what’s really sad—it wasn’t that long ago that a farm this size could support multiple families, maybe even a hired hand. Boy, today, that just doesn’t exist. Though I think it may get back to that.”

Paul and Alison see the barriers for entry to farming as a major hurdle for young farmers now. The price of land is simply incomparable to when the land for their farm was purchased in the 1980s. The value of their own land has skyrocketed to the point that the purchase price would hinder the average beginning farmer from buying it. As Paul tells us, “When we see what land goes for today versus what Allison bought this farm for a little over 20 years ago… We see two acres with a doublewide going for seventy-five or eighty thousand. The only place you find affordable land is too far from market.”

The temptation to buy cheaper land further from town will only cut further into slim profit margins. Alison’s advice for young farmers is to not “be tempted by land that’s cheap but three hours away from a market—that is going to get really old and really expensive as we get more and more towards peak oil, or maybe we’re on the other side of it already. I think you have to consider how far your market is and I don’t think in Kentucky that you’re going to have a rural market anytime soon. Our neighbors don’t shop with us. They look and talk about us. I’ve been here since ’89 and they drive past and look at what we’re doing, but they don’t come in to buy. Ever. So you’re going to have to market to an urban population in this state and many states like this. So you need to be close enough for that to be a reality.”

Paul and Alison have passed the point of feeling that they need to prove themselves to anyone, although in the early days perhaps that was the case. Paul said, “Early on, when we were the only organic farm in the area, we were very careful about what we brought to market. I think after a while, we saw other conventional growers look at what we had, the quality of what we were producing…”

Alison agrees. “I would put our yield and our quality up against anything that’s conventionally grown. I think our quality is top-notch… We’ve had impact [on some farmers]. We’ve watched them leave their chemicals behind.” 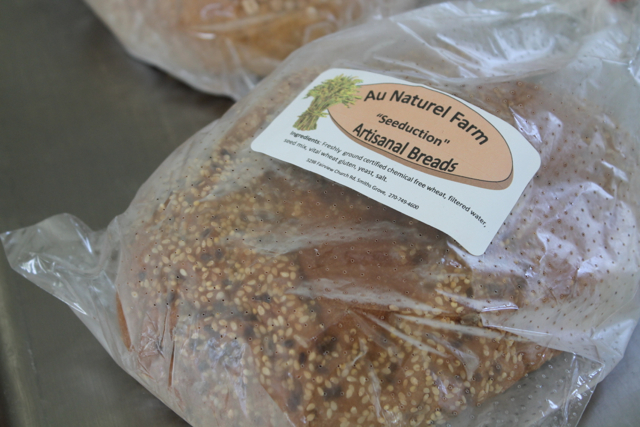 As the farm and farmers age, the amount of production at Au Naturel has scaled back. They’ve built a certified kitchen on-farm—a trying and expensive process—in hopes of baking bread for less labor-intensive income.  Do they see the end in sight for their farm? Of course not. Alison told me, “We’ve talked about scaling back more, but I think we’ll always grow. What if we were just growing for us? How much would be enough? Well, I can’t imagine having any fewer than a hundred tomato plants, and I’m not sure that would be enough. Because I’d want to try 6 of this and 12 of that… We’re not sure. I think for us it doesn’t look like a 30 by 50 plot like most people have in their backyard.” 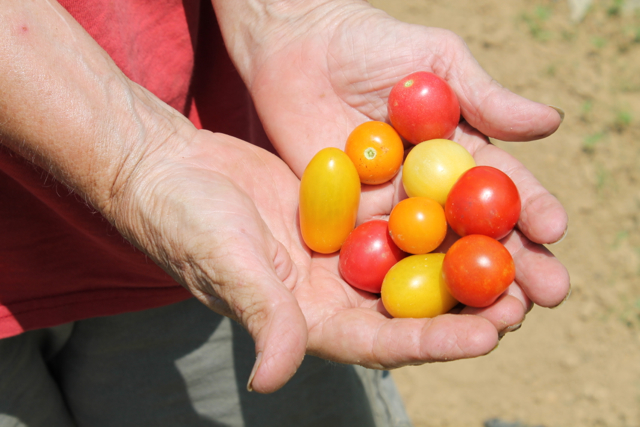