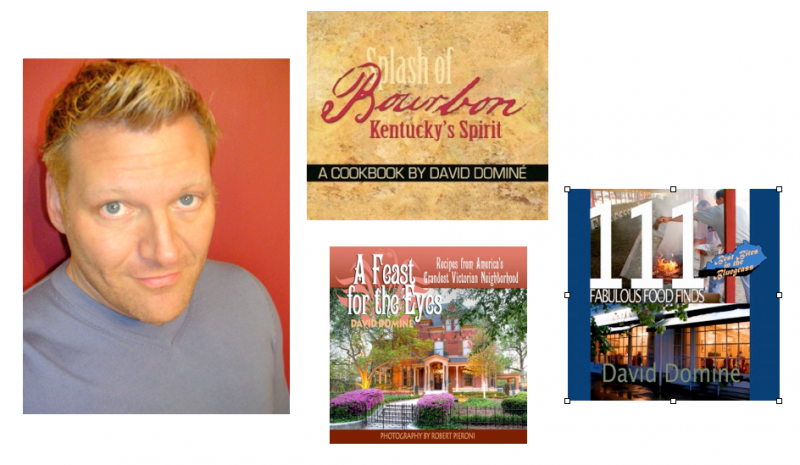 In recent years, Louisville has rightfully earned a reputation as one of America’s greatest food cities. With a dizzying array of options, many of which operate on the farm-to-table model, it’s become a hotspot for foodies around the country and globe. Perhaps no one appreciates this more than one of the city’s leading food writers, David Domine. 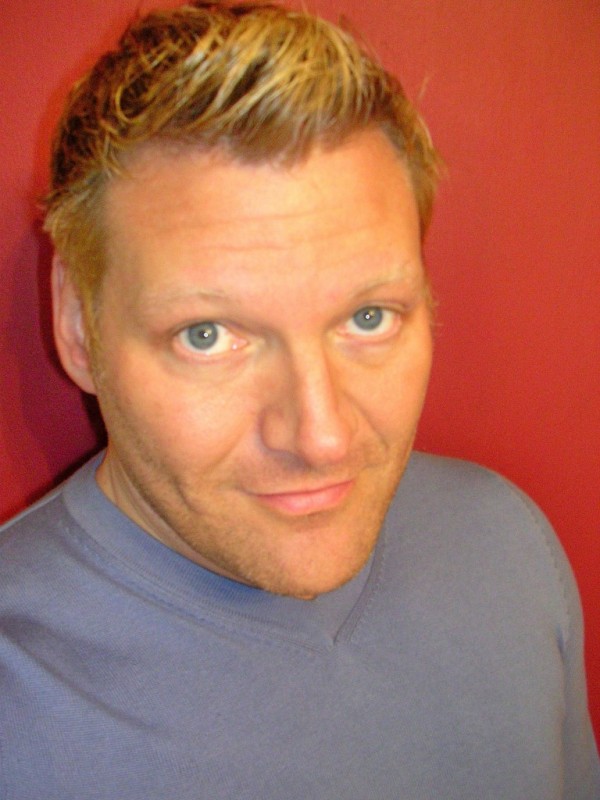 David is the author of many books, including Ghosts of Old Louisville and 111 Fabulous Food Finds: Best Bites in the Bluegrass. I had the privilege of dining with him a short while ago at the iconic Lexington restaurant, a la lucie. Over a delicious lunch, we chatted about his love for the city of Louisville and Kentucky food. He was kind enough to agree to answer a few questions for the blog while I breathlessly await the release of his next book—what will be a gorgeous collection of photos of Old Louisville home interiors—and another book in the works, a tantalizing mystery novel that I can’t wait to read. 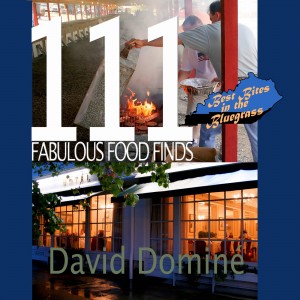 SK: You are very well-traveled, but seem quite proud to call Louisville home. What makes Louisville such a great place to live?

David: There were a number of things that led to me putting down roots in Louisville, but one of them was the Old Louisville neighborhood. I would go out for walks and see all these charming old homes and grand mansions and I quickly fell in love with the neighborhood. Then I discovered there were other great neighborhoods in the city and I became enamored of all the wonderful architecture. It quickly became apparent that this city had a distinct identity. From there, I moved on to appreciate other aspects of the city – for example Churchill Downs and the great horse-racing tradition in the state, as well as the bourbon and tobacco industries that have helped shape the city and make it what it is today. In addition, I love food and cooking and, as it turns out, Louisville has a vibrant restaurant scene and lots of independently owned places to eat, many of them striving to focus on regional ingredients and Kentucky flavors. Not only that, I found the people here very welcoming and down to earth. In Louisville, and in Kentucky in general, people tend not to appreciate what they have in their own backyards and they’re very often modest about the good things the city has to offer. Sometimes it takes an outsider to appreciate all this. At first I was one of those outsiders, but now Kentucky is my home.

SK: All of your writing seems really anchored in a sense of place. As a culture, that seems to be something we are losing. Why is place so important to what you write and who you are?

David: A sense of place is important to many writers, probably because place defines who you are, and who you are, in turn, is so often reflected in what you write. I think it’s so important for me because it allows me to incorporate all the senses in my writing. Sight, sounds, smell, touch, and taste – if you incorporate these elements, it always makes for more interesting, and pleasurable, reading.

SK: You are a chef, perhaps not by trade, but definitely passionate about what you cook. Do you prefer cooking with fresh, local ingredients? Do you think it makes that much of a difference in the quality of food you prepare?

David: I’ve always been fascinated by food and cooking and started cooking with my grandmother when I was three years old. Of course, when I lived in Europe and other places like Mexico, this allowed me to indulge a passion to learn more about food and try new things. By the time I came to Louisville I had lived in several different countries and I came here with a new-found appreciation of American food and culinary traditions. I worked in several restaurants when I first arrived and was in graduate school here – that’s what gave me the added opportunity to learn about Kentucky cuisine and American regional dining. So, yes, I prefer cooking with local ingredients. If you use fresh, seasonal products you’re going to automatically increase the level of quality, in my opinion. Not only that, you’re going to make use of those ingredients that best reflect the local flavors.

SK: As I mentioned earlier, Louisville’s food scene is hopping. Can you give us a quick run-down of what’s not to miss the next time we are in town?

David: When I show foodies around Louisville, I always make sure they see the downtown area and some of our hotels first. 21c is a must because it’s so unique and they have this wonderful 21st century art on display 24 hours a day. Their restaurant, Proof, is known across the country and the kitchen makes great use of local products. Then there are our two grand hotels: the Seelbach, built in 1905, and the Brown Hotel, built in 1923. Their flagship restaurants are both great, and besides that, the architecture is fascinating as well, so you can combine sightseeing with eating. Of course, one of the interesting things about the Seelbach is the private dining room in the Oakroom restaurant where Al Capone used to meet when he was in town during the Roaring 20’s. The room was equipped with secret panels that he would use for his escape through tunnels beneath the hotel when the police raided his get-togethers. From downtown, I move on to other parts of town, including Bardstown Road, the location of so many of our independently owned eateries. There’s also the NuLu area downtown, where so many great restaurants have sprung up in the last several years. Garage Bar is great, and so are Decca and Harvest, the farm-to-table restaurant started up by Ivor Chodkowski and his friends. In addition, I always take visitors to the Douglass Loop farmers market. 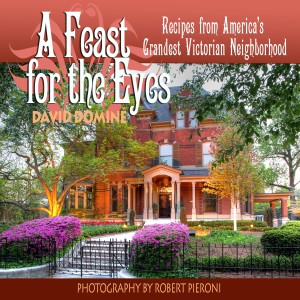 SK: Where are you going from here? What’s next on your agenda professionally?

David: Currently, I’m working on my MFA in creative writing at Spalding University, and I should be done next year. Up to this point, all ten books I’ve published have been non-fiction, but I’ve been concentrating on getting some of my fiction published. I’m currently working on two novels: The Wonders of Absinthe and The Gospel of Glitter according to Poo Poo Chiffon and the Disciples—if I’m lucky I might get them published some day.

SK: Some Kentucky Proud products that you love?

David: Ayre’s Family Orchard; Bray Orchards; Sunny Acres Farm; Red Mill Farms. I also love the many wineries across the state. The distilleries as well…they’re kind of like farms, aren’t they?

David: Something very simple: Saturday mornings I like to go nearby to the Bardstown Road Farmers Market and get fresh eggs. Then I come home and make an omelet with cheddar cheese and fresh tomatoes. 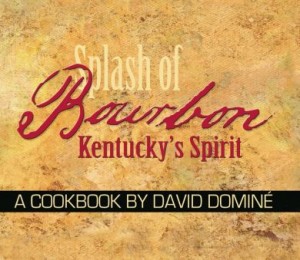 SK: Do you have any public appearances coming up?

David: Yes, starting in September I’ll have regular book signings and appearances up through the holidays. Two of my favorites take place right before Halloween, in Old Louisville. They’re the Spirit Ball, a fundraiser I host at the Conrad-Caldwell House Museum on Saturday, October 27, and the Victorian Ghost Walk, which is a bit of outdoor theater I wrote. The Victorian Ghost Walk takes place on October 26, 27 and 28 and starts in Central Park and it’s a great way to learn about the ghostly past of a wonderful Victorian neighborhood. I’ll also be signing books at the annual Holiday House Tour in Old Louisville on December 1 & 2. You can call (502) 637-2922 for more information.