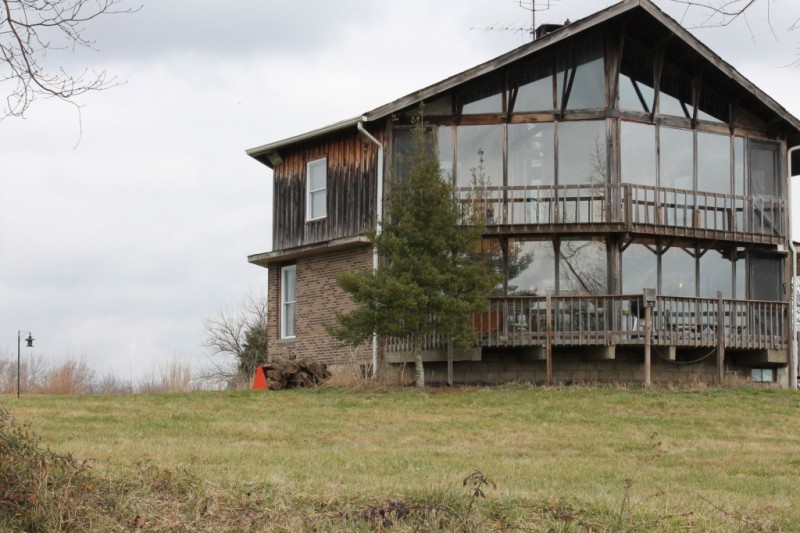 There’s a difference in a house and a home. And this home has a hundred stories in it.
~Ray Tucker

When I asked you what you wanted to learn more about, solar was definitely at the top of the list. The sun is so powerful, it only makes sense that we harvest its power at some level to provide for our energy needs. I am always fascinated to read about folks who are using solar panels. I am especially interested when they say things like,

“We have enough power on a sunny day to run our refrigerator, 2 computers, a flat-screen tv, a jacuzzi tub, the toaster, a mega-jumbo hot water heater, and the hair dryer.”

I can’t help but wonder if perhaps they’ve missed the point of solar energy?

I love the idea of passive solar to heat a home. Because it takes things like direction, exposure, and location into the building’s design, it just seems more natural and earth-friendly. It’s different from solar panels, which produce power to run the electronics in your home. I recently had a lovely chat with Ray Tucker, who built his own passive solar home over twenty years ago and it still living in it today.

I met Ray at the Lake Cumberland Beekeepers Association, where he is president. Ray was also chair of Kentuckians for the Commonwealth from ’92 to ’94 and has earned a living in different technology-related jobs before making the leap to living full time on the farm.

Ray built the house on the family farm, in a space where a Civil-War-era cabin once stood. This unique octagonal structure was designed by Ray and engineered by his father. The building process, began over 20 years ago, was a family affair.

“The octagonal design came from a design that my dad drew when I was in high school. He wanted to build a cabin. We actually made a model of an octagon so I kind of played off of that. And for a solar house, an octagon works really well. There’s geodesic domes and all kinds of structures but when you looked at standard building materials that you can buy, they’re designed for squares. An octagon is just dividing the angle in a square, so standard building materials work really well.” 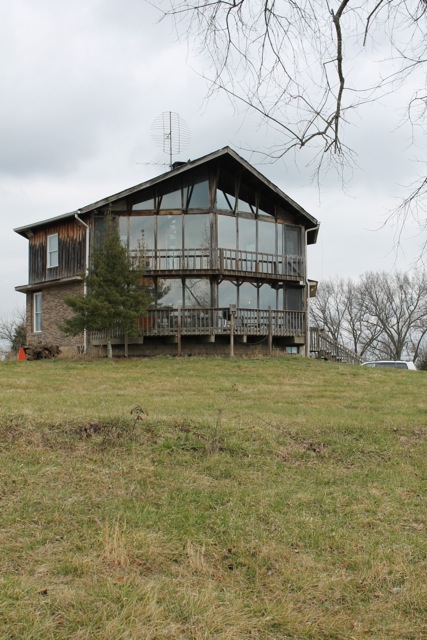 Ray says Solar Place Farm is a work in progress. There are still many projects around the house that he needs to complete or at least wants to. (I think any homeowner can relate to that!) The framework of the house was almost completely salvaged. Ray and his father disassembled a home in Burkesville and moved it piece by piece to the farm in south central Kentucky.

The house utilizes an envelope design. The glass on the front heats up what amounts to the front porch of the home. Ray can then let this heat into the house as needed through a series of windows and doors.

On the day I visited Solar Place, the house was a respectable 61 despite much cooler temperatures and cloudy skies outside. Ray told me that “a full sun in winter will run 80-81 out here [in the solar room], 68-70 in the house. Without any force of air circulation. If it’s windy, it will be a little cooler than that.” 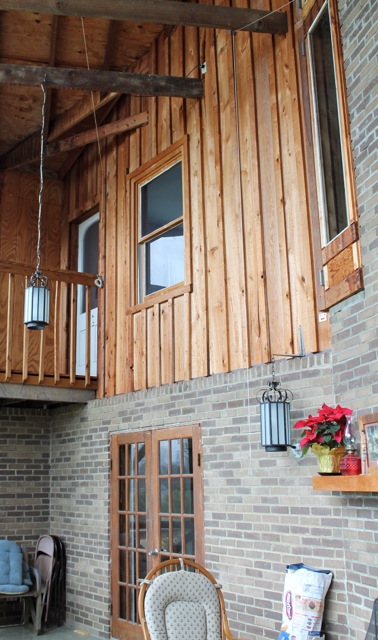 In the above picture, the long glass window in the top right-hand corner operates on a pulley to allow heat in or keep it out of the house. He says, “This room is usable pretty much 365 days a year. In August, you might want to eat breakfast out here, but you wouldn’t want to eat supper.”

“You probably know about trombe walls and putting water storage and all those kinds of things, but if you think about it. It costs you so much per square foot. I moved into this house for about $15 per square foot. It was pretty rough, but I got everything around me closed in for that price. That was pretty much straight material cost, since we did most of the labor ourselves.”

The inside of the home is light and airy with lots of windows. If Ray cleaned one windowpane a day, he couldn’t clean them all in a year.

The exposed rafters on the inside makes for great architectural design and interesting conversation. Ray and his father spent a weekend welding this design together to tie the roof together and give it strength. 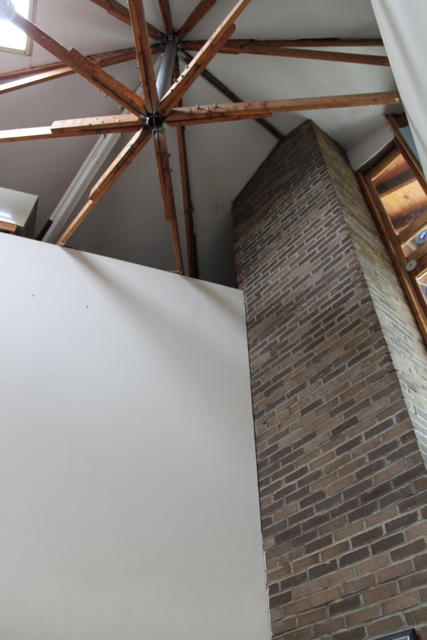 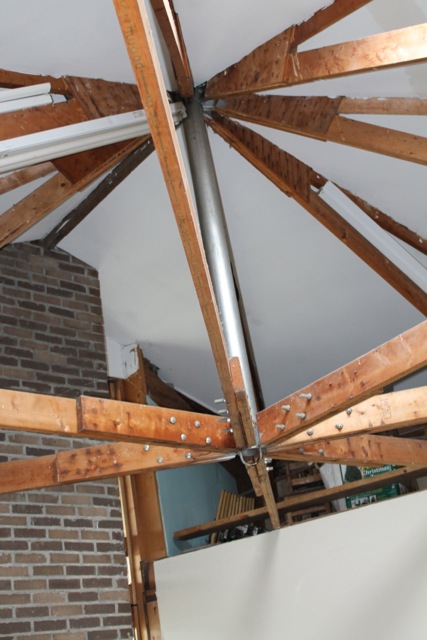 They also laid all the brick in the solar room as well. The project took many weekends to complete, and Ray pointed out, might have been prettier if it had been done by a professional. But part of the charm and character of the house is it’s home-made appeal. The memories created by tackling such a complex project are perhaps more valuable than the completed project itself. Ray’s father even wrote a short memoir about the experience that I had the privilege of reading. Part family-history, part construction log, all families should be so lucky as to have such a valuable written record of their history.

The house may be somewhat bigger than is practical for a solar home. (There are four bedrooms!) However, Ray always dreamed of a family homeplace, where gatherings could be held. He wanted plenty of room for family dinners—a place to come back to. He has even entertained thoughts of opening a bed-and-breakfast that would utilize the extra space available.

A small deck surrounds the front glass on the second floor. While it looks like it might be a nice place to have a spot of tea, it’s really for maintenance of the glass and support of the structure itself. The extended overhang above the glass purposely provides shade in the heat of summer.

Ray began the foundation in 1983, and twenty-eight years later, there is still plenty to do. He hopes to add a greenhouse to the property and an equipment shed. There’s plenty of time to do so. In Ray’s words, “Here’s Dad’s philosophy: when you put your foundation down, you are defining what you are going to build. You can take all your life to finish it if you want to. He convinced me to big a little bigger foundation and then work on it from there.”

Solar Place is a testament to good, old-fashioned American ingenuity and hard work. With a bit of research and elbow grease, it’s possible that any of us could construct a simple home that passively gains the majority of its heat from the sun.

I am very excited to share a follow up post in the next few weeks with more from my interview with Ray Tucker. He and I share a passion for building community, and we had a great discussion about why we’ve lost so much community in this country and what we can do to regain it. It’s probably one of my favorite conversations I’ve had in the past year, so be sure not to miss it if you feel like our culture is missing something in regards to our relationships with each other.